A lot of Glee fans are always looking out for new episodes that remind them of "the good old days" - an episode akin to one of the first 13. To be honest, I really haven't felt like there has been such an episode since, with the possible exception of "Journey," and maybe, just maybe, "Audition."

That is, however, until last night. Let's do the RBI Report, shall we?

Let's just take a moment to appreciate Ian Brennan here. This was the man that couldn't get through an episode without stating the theme at least a dozen times. And here he is, Season 2, going to bat twice with excellent episodes. I tip my hat to you, sir! 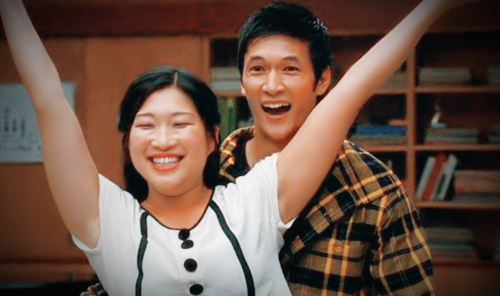 The thing about "Duets" is this: it was simple. It focused on the students only, and their duet assignment. In being able to rest on this fairly straightforward premise, the writers were given the opportunity to showcase a variety of characters and their developments without any -- dare I say it? -- distractions.

And to be even more honest, this is why I watch Glee. At the end of the day, I don't really care about Britney Spears or Madonna or Rocky Horror or John Stamos. I care about those damn Glee kids, and I want to see them interacting with each other in meaningful ways. It's lovely to be socially aware and focus on sensitive topics like homophobia and disabilities, but that's not why I watch the show. That's a bonus. And watching the show stumble while trying too hard to hoist those colors is frustrating.

Frankly, that social commentary can be incorporated naturally - look at "Duets." We got a glimpse into how difficult dating and romance can be for a gay teenager - hell, even bisexual teenagers. Kurt's drama with Sam and Finn combined with the developments in Santana and Brittany's relationship didn't hammer any message into anyone's heads but certainly got the point across. Not only that, but Artie's paralysis was sensitively touched upon after he lost his virginity to Brittany. 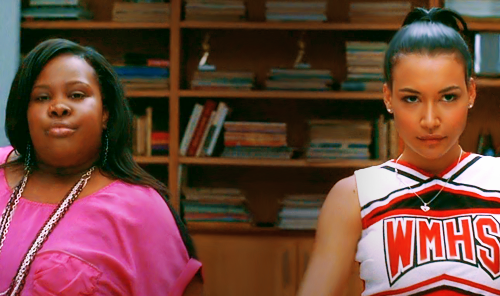 On that note, I must turn the attention from Ian Brennan to Eric Stoltz. The directing in this episode was fantastic. A lot of the character moments probably weren't written in the script, like Brittany walking by Artie in the end and looking wistful. He directed mindfully and simply, even just by using a lot reaction shots that kept us engaged with each character's emotional arc throughout the episode. He forgot no one! It was consistent, and lovely. Come back soon, Mr. Stoltz.

Not only did the episode do justice to every character and every pairing, it even referenced previous interactions that they may have already had - imagine that! Addressing the Kurt/Finn drama was a much-needed development, no matter how awkward. I'm glad they didn't balk away from that. Moreover, I was surprised with the depth they gave the Artie/Brittany interaction. His breakup scene with her was reminiscent of when he lashed out at Tina over her fake stutter, and my heart broke for both him and for Brittany, who seemed to genuinely like him. I would honestly like it if this interaction were continued in another episode, although I doubt that it will. Glee likes their one-off crack pairings too much. (Hey, Puck and Mercedes!) 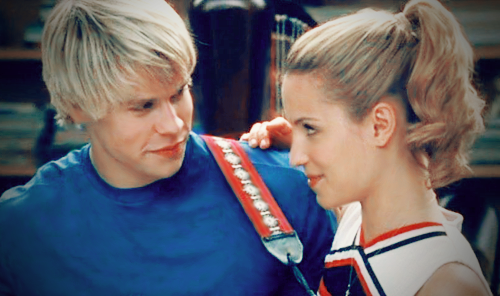 My only quibble (and you know you're not at SHE BLOGGO if there's no quibbling) was with Rachel. YES, I like that she seems to be doing nice things for other people again. But I resent the implication that Finn is "inspiring" her to be this better person. She did plenty of nice things for other people before she started dating Finn. That's why I loved Rachel Berry in the first thirteen episodes - she was neurotic and self-obsessed, but beneath that was a lovely vulnerability, and a good person, when calmed down. Telling Kurt he was not alone was so very reminiscent of Rachel telling Quinn the Glee Club would support her through her pregnancy. The idea that Finn is "inspiring" her to be a better person does a gross disservice to her character. I would much rather have had Rachel throw the competition to atone for what she did to Sunshine in "Audition" by making Sam feel welcome. 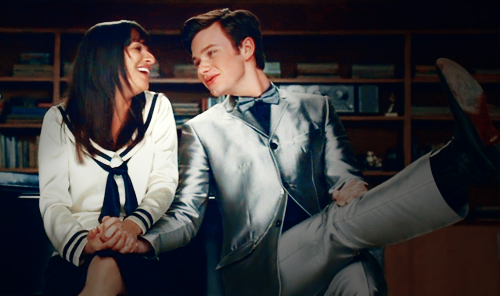 However, on the whole, this episode was the best of the season and a reminder of why I stick with the show. I just want to see these characters interact, with screentime and solos for all. "Duets" was as if I had died and gone to Glee heaven.

(I knew I hadn't. If I'd gone to Glee heaven, I'm pretty sure it would have involved Kevin McHale serenading me, face hugs with Lea Michele, photo sharing with Dianna Agron, and witty banter with Chris Colfer and Cory Monteith.)