The RBI Report: "The Substitute"

Tonight's Glee episode will forever be remembered as the episode where Gwyneth Paltrow totally crashed the party. Obligatory comments: I thought she, Gwyneth Paltrow, rocked it. She seemed totally game for the Glee experience. She sang, she danced, she spoke Spanish, she dressed up like Mary Todd Lincoln, and she was funny. The choice to make her character empathetic fell a little flat to me, but Gwyneth handled those bits well too. On to the RBI Report!

"The Substitute," written by Ian Brennan, directed by Ryan Murphy.

Much like Holly Holiday herself, this episode was in parts infectiously likeable, and in other parts terribly misguided. I did appreciate a lot of individual bits - the mini-Gleeks were heartbreakingly adorable, and I squealed like a little kid at the shout-out to "Conjunction Junction" from Schoolhouse Rock. Sue and Holly watching "Hoarders" was pretty awesome, as was Santana trying to fight Rachel and Rachel's subsequent reaction. We got a hair joke from Sue, Coach Beiste being awesome, and Brittany thinking that gummy bears live in little broccoli trees. All good! 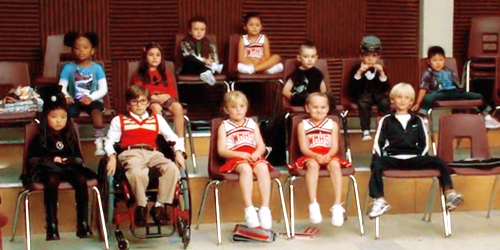 Collectively, these parts were like the "fun" Holly Holliday - the one that converses casually in Spanish about Lindsay Lohan, and rocks out with the class to Cee-Lo's "F*ck You" - or "Forget You," as it were. But on the flipside of this fluff, there were some deep personality flaws in "The Substitute."

My first issue with the episode was in the Will/Terri dynamic. I just don't understand the decision to reintroduce her to the fold in the exact same way. What was the point of it? Will and Terri reflecting on their failed marriage is interesting; Will and Terri having flu sex with Vapo-Rub is not. I also do not appreciate the villainizing of Terri. YES, Terri made terrible choices and did not consider the consequences of her actions. However, I don't think Will can be so holier-than-thou with her, as he seemed to be at the end of the episode. It's not a good color on him. Terri initiated the sex, but he did not say no. Do the Glee writers not seem to understand that it takes two people to have sex? (I'm looking at you, Artie.)

The underlining point of it all is that Terri needs a purpose on this show other than Will. I really don't enjoy seeing them interact anymore, and Glee really needs to find a way to incorporate her into the show without being someone's love interest. Terri's crazy is interesting, and certainly stirs things up when it's applied properly - Vitamin D, anyone? 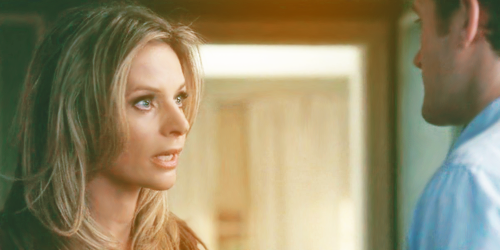 My other issue with the episode lies in the storyline given to Mercedes and Kurt in this episode. At first, that sounds great - a storyline for Kurt and Mercedes? Awesome! The show has laid off their friendship in recent episodes and I was looking forward to seeing it in full force again.

Well, I was wrong. Firstly, the storyline given to Mercedes was about her fighting to reinstate "potater tots" into the school cafeteria.

No amount of Seth Meyers and Amy Poehler snark could describe my reactions to this. It's just ridiculous. It fell completely flat, because it completely weakens Mercedes' character. Not to mention it's a little bit pointed to give the food addiction plotline to the show's overweight character. Ugh. It wasn't even played for humor. It'd be one thing if it became an over-the-top exaggeration, but it wasn't. It was insipid; a straight, preposterous storyline masquerading an even nastier sentiment.

See, Mercedes had been feeling like Kurt was growing distant from her based on his growing relationship (however ill-defined it is) with Blaine. Totally valid. All of us can relate to that on some level, right? The smart decision would be to play to that relatability and make us root for Kurt and Mercedes to rekindle their friendship. They could drive a taxi from Las Vegas to New York City and have a full-blown friend-aissance! (Friends reference? Anybody?)

But no, it's insinuated instead that at some point we all have to ditch our friends and hang out with our significant others and if Mercedes wants to have anyone care about her, she needs to get herself a man, fast. This, my friends, was the hidden nasty sentiment.

But it does not understand friendship. Consistent, supportive, tolerating, kindred-spirit friendship. Mercedes and Kurt were the only hope I had for a friendship not to get completely decimated on this show, but based on the way Kurt seemed to dismiss Mercedes at the end of the episode, it seems I am now hopeless.

So the outcome of all of this was Mercedes deciding to go land herself a man so she could just have some sort of friend. Major, major fail. I am ALL for Mercedes getting a boyfriend, but not like this. Not by making her a casualty of Kurt's inverted bros before hoes philosophy, and certainly not when it's all framed in a weak plot contrivance involving tater tots. It seems I have new things to write to Mercedes in my Open Letter to the Ladies of McKinley High. 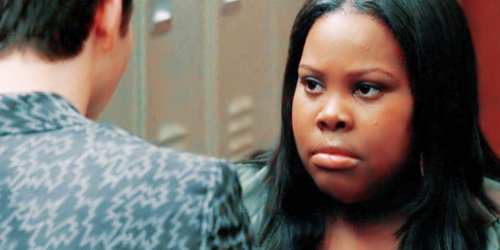 I am really trying my best to not blast "Forget You" as I write this. Because it kind of sums up my sentiments right now. I apologize for getting so vitriolic about these two storylines, but they really did sit poorly with me. I think these faults ultimately stemmed from the writing - you were doing so well, Ian Brennan! As for the direction, it was completely over-stimulating, so you know Ryan was at the wheel. It wasn't bad, though - just... over-stimulating. I felt like I couldn't focus my eyes on any one thing during the "Singing in the Rain/Umbrella" mashup.

Technically there's more to talk about, mainly with Holly Holiday's character, and the discourse about good teaching vs. bad teaching, but I really don't care enough to go into it. Those parts were inoffensive, and done well enough to skate by without me making a fuss. Oh, and there's also the decision to fire Figgins and have Sue as principal, which is fine by me because it certainly shakes things up. I like that Sue decided to gun for Will again because being friends was just "boring." This definitely sets some obstacles for the Glee club in the future, and I'm intrigued as to what Sue will throw their way.

Like I said, the episode wasn't a complete and utter fail, but when you looked past the fun and spunk of Holly Holiday, there were some definite inadequacies at work.

The RBI Report Card...
Musical Numbers: B+
Dance Numbers: A
Dialogue: B
Plot: C
Schuester: D
Episode MVP: Rachel Berry. She may have been overbearing and self-absorbed, but she was straight-up right about Holly Holiday all along. Plus she was funny as hell this week.