Since the first shocking moments of Orphan Black’s pilot, one mystery in particular has always captivated the audience: who exactly is Beth Childs?  Her demise is the inciting incident for the whole show, and the unknowns and loose ends of her existence propel much of the drama in the first season.  But as the show has sprawled further and further, the woman at the center has largely remained a question mark - until now.

Yes, finally, Orphan Black devoted an episode to Beth Childs’ backstory, choosing to focus on the events leading up to the accidental murder of Maggie Chen - the fallout from which serves as a challenge for Sarah to deal with in the first season. As a result, everything in “The Collapse of Nature” is familiar yet new, as we look at old events with fresh eyes and new information.

That’s the key, of course, to pulling off a flashback hour: information. What does the audience already know, and what do we need to tell them? How can we take past events and inject stakes and obstacles to engage the audience, instead of propping up old news without any new questions?

This particular type of quandary reminds me of another rabbit-hole science fiction show: yep, Lost, which relied exclusively on the flashback (and flashforward) as a narrative device. But Lost faced issues of pace and payoff, especially when negotiating how to dole out information and when. With Orphan Black firmly reestablishing itself as a science fiction show in this premiere, the comparisons don’t stop there. We have a similar beast - a serialized sci-fi mystery with humanity at its core to anchor the sprawling world expansion.

In general, “The Collapse of Nature” does well with pace and payoff - although it takes some time to ramp up to its best material.  The first two-thirds of the episode are part-and-parcel procedural, with its lead cop burned out and drugged up on the job.  Of course, Orphan Black is anything but typical, and we’re quickly reminded that this is also science fiction, and body horror.  Olivier Duval is a human in this universe who existed and also had a tail that he apparently liked to accessorize. JUST IN CASE YOU FORGOT.

Along these lines, the episode used these kinds of callbacks to fill their first two-thirds: we are treated to a carousel of characters we haven’t seen in awhile, like Olivier, and Paul, and Leekie, and Angie, Raj, Astrid, and Lieutenant Hardcastle.  We get to see Beth on the phone with Alison and Cosima, and a surprise chance encounter with Felix, when he was momentarily arrested for solicitation and public urination.

All of these were fun to witness, especially for a long-time viewer (my personal faves were Raj and Angie) but part of me wishes there were more meaning in these old faces.  First of all, most of them are dead now, which cast an eerie pall over the proceedings.  (It also gives Art, who has survived most of these people, a well-deserved present-day weariness.)  But beyond that, the Neolution mystery that connects to Sarah’s current storyline was planted retroactively in newly-devised characters like MK, Roxie and Frank, and Detective Duko.  It would have been massively cool to pull a familiar character into new relevance, instead of show-ponying them for novelty’s sake.  At the same time, I totally get that it would also be massively difficult to pull that off, given the fact that most of them are dead now, and and a lot of time has passed.  And truly, I don’t wish to believe that Raj is anything but a lil crumbcake of an IT guy with earnestly misplaced crushes.

So really, we look to characters we know a little better for an emotional anchor in this ghostly flashback.  Beth, right? She’s our POV character. But even she is something of a stranger to us, as she floats through her own narrative barely engaged. That’s totally the point, though, and it still gives us the episode’s most powerful moments - in the final third of the hour, when the narrative transcends procedural and delivers us the character piece that's always underpinned this story. 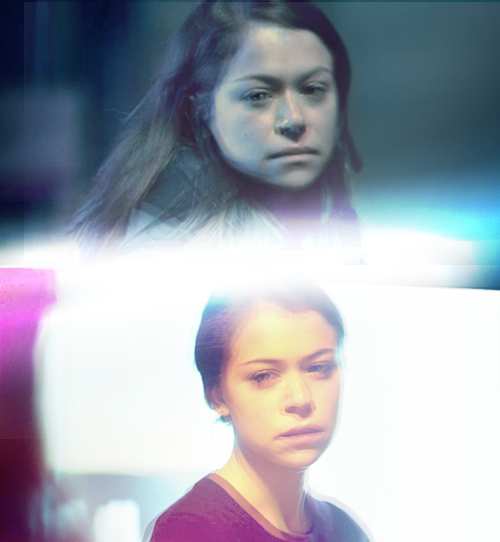 Beth spends most of “The Collapse of Nature” struggling to connect, and being wholly unable to. She is being suffocated by everything unsaid - the emerging mysteries of her identity, her disintegrating relationship with Paul, and her own burgeoning secrets.  So she fights to connect - she refuses to wear a mask, she begs to be seen, to be looked at - but she’s fighting a battle beyond her being. She’s already slipping out of her own life, fading from everyone around her. And even though she’s surrounded by people throughout the episode, there’s a degree of superficiality to all of her interactions. There are only two moments of genuine connection that Beth is granted: with Art, and with MK.

Structurally and narratively, the love scene with Art is the dam-breaking moment of relief before everything truly falls apart for Beth. Yes, it precedes her fatal encounter with Maggie Chen, but it also falls after Paul’s refusal to acknowledge Beth.  When Beth escapes to Arts, she is still seeking - and ultimately given - someone who truly sees her, even without knowing everything about her.  A relationship - a love - that transcends truth, in its many forms.  Art understands who Beth is, fundamentally, despite the complications he can't pinpoint, and is trying dearly to hold onto her as she’s slipping away.

Last season, Sarah assumed that Art was in love with Beth because he was the one Beth called after shooting Maggie Chen.  At the time, without context, that choice didn’t feel particularly informed or original.  It seemed like an easy excuse to keep Art involved with the clone mystery, when we didn’t really need one at that point.  But now?  Now, with context and chemistry, it’s so much more nuanced and complicated than “Art was in love with Beth.”  Their relationship finally has the texture it’s deserved since the beginning, and the idea that it was likely unresolved when Beth committed suicide is truly heartbreaking.  Can any romance on this show catch a break?

Of course, this is a show that prioritizes clone sisterhood above all else, and the last moment we get with Beth is on MK’s couch, Beth’s eyes slipping shut and MK offering comfort - in person this time. “The Collapse of Nature” kept Beth from interacting face-to-face with her genetic identicals - Alison and Cosima on the phone, MK by video chat - and only in the end is she allowed a moment of rest in the refuge of a sister. Knowing the kind of sister-family the show has assembled for Sarah in Beth’s stead, it’s not hard to conclude that Beth might have stood more of a chance with the clone club support system Sarah has had the opportunity to inherit and foster.

But this is history that has already come to pass, and so “The Collapse of Nature” has no choice but to push Beth believably over the edge with Maggie Chen’s murder.   In the final moments of Beth at her own crime scene, it’s difficult not to think of our last glimpse of her on the train tracks in the pilot.  The dead-eyed stare she gives Art from beyond his conversation is eerily reminiscent of the look she gives Sarah before she ends it all, at the beginning.

And with that, we’re back to the present day and Sarah Manning, as the mysteries continue.  I’m left wondering: is the premiere the best episode for a flashback episode? I wager that, much like with Lost, this decision will have little consequence in the future when you’re bingewatching. You can just jump from 3.10 to 4.01 without a yearlong memory fade. But now? It feels a little slow to grease the wheels and get them grinding, especially when we’re not nested in the present. I almost wonder if the OB gang could’ve done a present-timeline premiere, set up a bunch of mysteries - including MK and the cheek cutters, and then placed the flashback immediately after.

Regardless, I’m certainly primed now, and ready to hit the ground running. The Neolutionists are chasing Sarah, and we certainly have more to explore with systems and the individual, nature and nurture, and chance and design.  I also found myself missing the latter Clones - Rachel, Helena, and Krystal, so I’m looking forward to checking in with them.  Armed with information from the past and a few villains to carry into the present, this season is refreshed and ready to go.