Santana Lopez and What Lies Beneath: Part 7 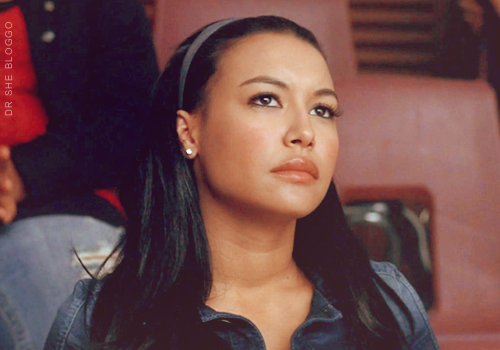 SANTANA AND HER FUTURE PATH
Because Santana is teetering on the precipice of some serious character development, we then have to wonder what the future of her character will be.  Functionally speaking, it seems fair to say that Santana should no longer be wielded solely as a wise-cracking villain and well-placed plot device, but rather as a fleshed-out, three-dimensional character.  With the events of “Sexy,” the writers took their first huge step towards making this a reality, but, being of little faith, I can’t help but wonder if the progress will be set aside for the sake of having a functional villain in the Glee Club.

Regardless, there’s talk of Santana coming out and identifying as a lesbian, which certainly aligns with her actions in “Sexy,” and is a remarkable storyline to give this character, considering her past function on the show.  Making Santana confront her sexuality irreversibly embeds her in Glee’s message of identity and equality, and allows her to experience challenges and obstacles like any main character.  It’s a huge statement for this one-time single-layered bitchy cheerleader to operate on the show in a powerful and impacting way, and gives the character of Santana Lopez the opportunity to mean something to people, to young women in particular who struggle with their sexuality in high school, or even to anyone who struggles with love.  The decision to maneuver Santana to the forefront of that message is nothing short of phenomenal.

However, there are a few potential hiccups in handling that could come into play.  Don’t get me wrong; the idea that Santana decides to identify as a lesbian is absolutely 100% valid.  But this is a character who has historically been portrayed as generally enjoying sex with men and women, and who has repeatedly rejected the idea of being labeled.  By bringing Santana forward and identifying her as a lesbian, it almost disregards these two ideas that the show themselves constructed.  Those heterosexual relationships the show presented us with previously would be pushed further underground - when we already had little to conclude about Santana’s feelings towards them to begin with - and disconnected completely from Santana’s character.  It’d almost be as though they never existed.  And past that, the scenario would label Santana, something she has been explicitly vocal about avoiding.

In all, it makes me worry that the writers will come up heavy-handed in the execution.  Santana was a character who was always comfortable with sex and the implications of sex - she was practically defined by it.  Rather, it was the vulnerability that Santana had issues with.  And that notion can easily support the idea that Santana will struggle with her sexuality - as long as it’s made clear that the struggle to deal with those emotions makes Santana feel vulnerable.  The buzz words here are not “gay” or “lesbian” or “coming out” - they are “feelings,” vulnerability,” and “love.”  There’s a fine line between them, but in order for a gay storyline for Santana to work fluently with the rest of her character, specific emphasis must be placed on those words first.

If there isn’t, it’s almost as if Santana’s characterization will be reborn, not as this character we know that happens to be gay, but rather as a Gay Character, where all her previous representations will be dusted under the rug in favor of a socially relevant storyline.  That’s not to say that a socially relevant storyline isn’t important, or that the execution can’t be handled with sophistication and care - perhaps Santana can reflect (as much as she would) on her past relationships, thereby allowing us to understand what they meant to her, and let us understand her hang-ups with emotions and vulnerability.  Therefore, any conclusion she reaches about her sexual identity can come about naturally and honestly, in a way that feels genuine to the character and what little we know about her.

As it is, the path of Santana Lopez from beginning until now has been rife with question marks and clues that lead to a larger, more fascinating picture than just a Scheming Cheerleader: she has insecurities just like any other character on the show, experiencing issues with vulnerability and identity, someone who’s scared of her own feelings, in love with her best friend, and is just trying to handle it all the best way she knows how.

Thus concludes Santana Lopez Week!  Thanks for reading, all.  I received so many thoughtful comments throughout the course of the week, and I read and appreciate all of them.  Santana is definitely a tough nut to crack, and everybody’s got slightly different interpretations that are all interesting, thought-provoking and certainly valid.

And, fun fact: Santana Week has clocked in as the most verbose of the Character Weeks with nearly 10,000 words.  Gadzooks!  And if you want another fun fact: there’s only forty words difference between Quinn Week and Rachel Week.  Alright, enough fun facts.  Enjoy the new episode on Tuesday!