Checking in with Quinn Fabray: Part One 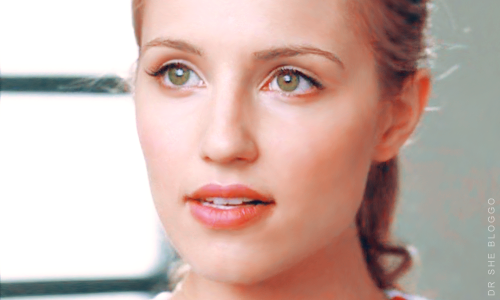 QUINN, THE CHEERIOS, AND POWER
Long before Season 2 started, we’d been spoiled with the information that Quinn was going to go back to the cheerleading squad to reclaim her position as “HBIC” of McKinley High School.  Since then, I’ve seen a lot of kerfuffle out there over whether or not she would actually do such a thing - especially in light of her scene in “Mattress” where she tells Sue she wants to be a part of a club that’s proud to have her, like Glee Club.  It seemed that Quinn had largely rejected the Cheerios, so why would she go back?

It’s easy: power.  I don’t really have an issue with Quinn returning to her former role, because it makes sense for the character.  Quinn likes being in control.  Having power.  Power and control define her.  She’s the girl who wears the same uniform everyday and treats it like it's armor.  The girl raised with strict values and a belief system that didn’t bend, but broke instead.  Her existence is as tightly wound as her ponytail.

Even though she got pregnant and wore babydoll dresses and let her hair down, it still doesn’t ring false to me that Quinn would try and get her power back should she have the chance - which she did.  It affords her certain luxuries in the social structure that are hard to pass up, especially once you’ve had them and lost them.  I get that.  Rather, I’m more interested in discussing two things that I think are more discerning of her character: how she gets said power back, and what she does once she has it.

So how does Quinn regain her power?  By complete manipulation, of course.  She bribes Sue with confetti cannons, and rats out Santana’s “summer surgery” - 100% schemed.  That’s not terribly out of character.  Other than Sue Sylvester herself, Quinn is perhaps the sneakiest on the show.  And, she’s clearly very smart - making her a lethal combination when it comes to manipulation.

Quinn she steps on Santana to get her power back.  And that’s key.  What is this saying about Miss Fabray?  I admit, I find her moral compass completely fascinating.  It stays intact with most things - except when it stands in the way of something she desperately wants.  It seems that if you back Quinn Fabray in a corner, she will fight you.  Literally, perhaps - her hallway confrontation with Santana was no girlish scrap: those ladies were brawling.

Quinn’s actions towards Santana do read as a betrayal.  She ratted her out.  But are Santana and Quinn even friends?  Their dynamic as companions is referenced repeatedly, but never truly explained.  They are frequently in each others’ company and they share many similar characteristics, but they have never, not once, done something remotely nice for one another.  I wouldn’t classify them as friends, and so that makes Quinn’s backstabbing of Santana even more interesting.  I’m not saying it wasn’t mean, or bitchy - but I’m hesitant to classify it as a betrayal, exactly. Quinn shows, and has shown, no loyalty to Santana because Santana shows, and has shown, no loyalty to her.  They are mutually insulting to one another, and yet they still get lumped together because they wear the same uniform.  It’s a riveting and nebulous dynamic I wish the show would explore a bit more.

So as far as I’m concerned, Quinn stepping on Santana to get her power back is in character, and not necessarily a regression in development.  I prefer not to summarize Quinn solely by her cold-hearted pre-baby persona, nor by her pregnancy-induced streak of kindness.  In Season 1, she was those two things, rather separately.  Season 2 is about synthesizing the two.  Now she is both.  And that makes for an interesting character.  A character who can successfully be both.  Internal conflict, party of one!

Truly, the only thing I care about Quinn’s recoup of power is what she chooses to do with it.  I don’t care that she has it - it makes sense that she should want it.  But this time around, she must choose to use it wisely or her character arc is stunted.

Quinn’s first round as Head Cheerio was a Reign of Terror - she was needlessly cruel to Rachel Berry, and went out of her way to keep the Glee Club under her heel.  She was obsessed with holding onto Finn, and verbally abused anyone that came in her path.  She lied, schemed, and hurt a lot of people.

Now she has that power back, and all I want is for her use it for good.  And for the most part, she has.  Season 2 hasn’t shown any examples of Quinn terrorizing any of the students in McKinley High.  She can still sling an insult like nobody’s business; but actions speak louder than words, and Quinn’s Season 2 actions do indicate that she has changed.  Again, I maintain that throwing Santana under the bus points to a fundamental part of Quinn that will perhaps never change.  But going out of her way to make others miserable?  Quinn seems to have given it up, and I am all for that.

“Duets” gives us the best indication of Quinn’s relationship with popularity, when she flat out tells Sam, “What’s the point of being popular if you can’t do what you want?”  And that’s the key.  It doesn’t matter if Quinn chooses to be popular as long as she’s choosing what she wants.  Quinn was raised in an environment where she always did what she should.  Character growth needs to point her away from that, showing us that she’s learned something - and the writers have hinted at that.  Of course, “Never Been Kissed” showed her going back to Sue Sylvester for counsel on keeping up appearances with Sam, so inconsistency is still there - unfortunately.  On the whole, however, I think the developments regarding Quinn, power, and popularity are spot-on and recognizable onscreen.

UP NEXT: QUINN, FRIENDSHIPS, AND KINDNESS

Master Post: CHECKING IN WITH QUINN FABRAY
Part One: QUINN, THE CHEERIOS, AND POWER
Part Two: QUINN, FRIENDSHIPS, AND KINDNESS
Part Three: QUINN, SAM, AND HAPPINESS
Part Four: QUINN, THE BABY, AND PUCK
Part Five: QUINN, FINN, AND HER FAMILY
Part Six: QUINNDEPENDENCE, AND THE MEANING OF THE WORD
Part Seven: CONCLUSION
Posted by DR SHE BLOGGO at 8:59 PM